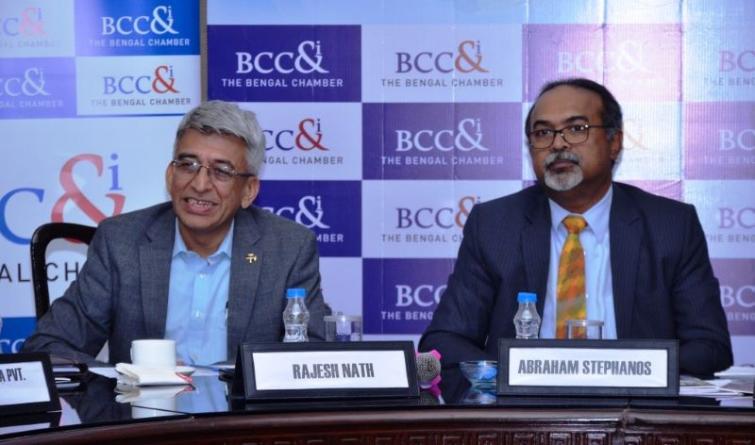 Kolkata/IBNS: In its continued effort to boost B2B connects and cross border dialogue, the Bengal Chamber, which shares a deep connect with Germany and specifically Indo German Chamber of Commerce, hosted a 12 member delegation representing 10 companies from Germany in opencast and underground technology on Tuesday here.

Speaking at an interactive session, Abraham G Stephanos,Vice President and Managing Director of Tata Steel Processing and Distribution Limited, stated, “Engineering and mining sector are very important to the eastern part of India. We had earlier led a delegation to Germany in the year where the focus was B2B and B2G where the delegation also participated in the Indo German Chamber of Commerce’s Annual Meet in Dusseldorf.

The Government of West Bengal also has been actively engaging with their German counterparts when Ms Vandana Yadav, met with government counterparts in Germany. Also the Chief Minister has recently announced mining project  and the coal block would require investment of about 12-15 trillion rupees.

This has huge potential to generate 100,000 employment opportunities. The Bengal Chambers‘s centre of excellence along with Indo German Chamber is providing a centre of excellence to provide expertise particularly to MSME and SME sectors . The German companies present here today include exploration, extraction, beneficiation, mineral processing and safety equipments.” 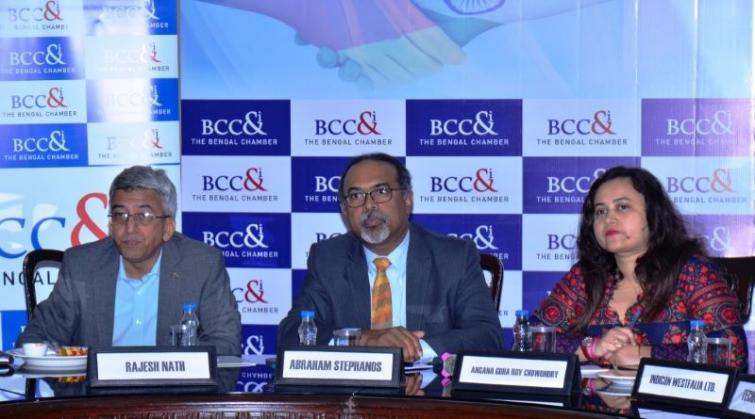 Rajesh Nathy, MD, VDMA India, who was from the German side representing technologies from, German Engineering Federation, said, “Coal production has to rise. There is too much dependency on open cast mines. Underground mining has lots of potential that has yet to be explored. Better quality of coal is available underground. With open cast there is the problem of procuring land but for underground that issue does not arise. There needs to be a shift in the thinking of policy makers for underground mining possibility also. Our delegation visit is the result of  the positive and concrete step of BGBS and visit of the Chief Minister to NRW, Germany.

Earlier on Minister Amit Mitra had expressed interest in Germany with regards to mining safety and mining production. Most of the delegates were here to participate in the seminar held yesterday at the Chamber which saw participation of West Bengal Power Development Corporation, Coal India  and Eastern Coal fields. About 80 participants from Indian side were present. A few of our visiting companies would be participating in the Mining Exhibition to be held tomorrow. At present Kolkata has about 20 German companies operating here in sales services and mining manufacturing. We think there is potential here for improvement, higher safety in  mining transportation."