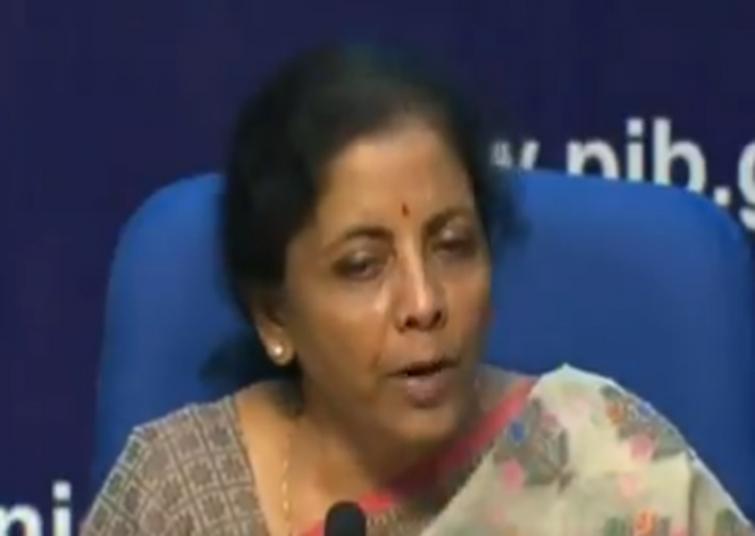 Record levels of loan recovery have been reached, Rs 1.21 lakh crores has been recovered

She said: "Canara Bank with the merger with Syndicate Bank will be the fourth largest Public Sector Bank with business of Rs 15.20 lakh crores."

Nirmala Sitharaman on Friday said 14 public sector banks are in a profit earning situation in the current financial year.

"In this financial year, 14 public sector banks are in a profit-earning situation out of 18, " she said while addressing a press conference here.

She said: "No retrenchment has taken place post merger of Bank of Baroda, Dena Bank and Vijaya Bank; staff has been redeployed and best practices in each bank have been replicated in others."

SItharaman said the move of consolidating Bank of Baroda, Vijaya Bank and Dena Bank has brought about wide-ranging benefits.

"4 NBFCs have found their liquidity solutions through PSBs since last friday with more in pipeline," she said.

She announced that record levels of loan recovery have been reached.