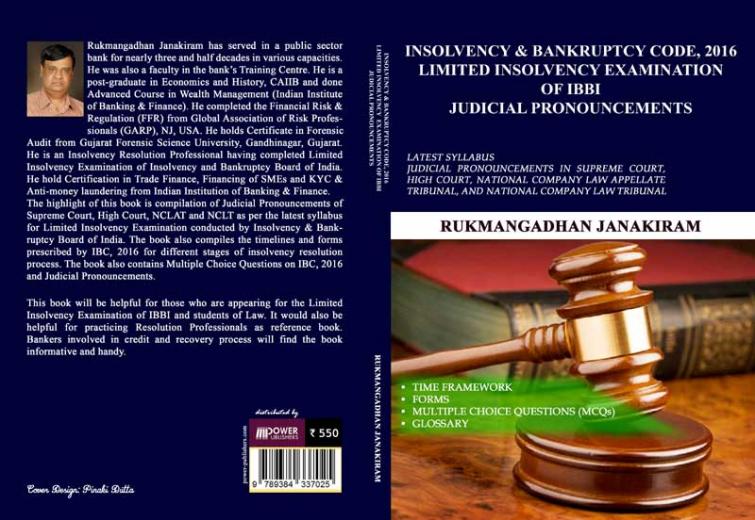 Book review: Students appearing for Limited Insolvency Examination of IBBI will benefit from this book

Rukmangadhan Janakiram’s 'Insolvency & Bankruptcy Code, 2016 Limited Insolvency Examination of IBBI Judicial Pronouncements' is a complete book where one can find questions and explanations as per the latest syllabus.

The Insolvency and Bankruptcy Code, 2016 deals with insolvency and bankruptcy proceedings against corporates, individuals and partnership firms.

The code is discussed in detail along with a timeline for various stages in insolvency and bankruptcy code that would help everyone to know it at one glance.

The book is divided into 12 sections and each section describes a particular pronouncement or a series of cases.

Last but not the least, this book has a number of MCQs that would help a number of people to know better and learn better.

Each chapter has been described minutely and in a simple language

There is also a glossary at the end for a better understanding of certain terms that need more explanation.

Overall, this book is a must-have if anyone wants a compilation of all the judicial pronouncements as stated by the syllabus of Limited Insolvency Examination of IBBI.