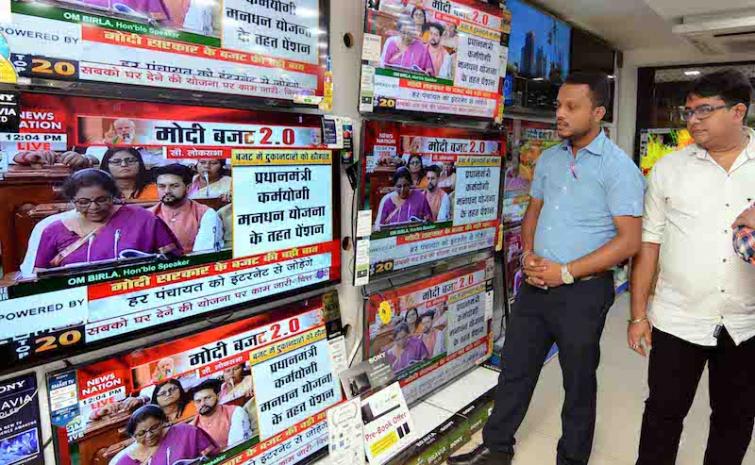 Ranchi, July 5 (UNI): Jharkhand chief minister Raghubar Das has described the Union Budget of 2019-20 as the one for making a "New India" and a budget which has been dedicated for the all-round development of the villages, poor farmers and youth.

Reacting over the Budget 2019-20, he said that keeping in mind the needs of the country Prime Minister Narendra Modi has handed out goodies for all the sections of the society and said that the budget was a balanced one.

On the other hand, Leader of Opposition and JMM's acting president Hemant Soren compared the Budget of being a 'Jumla Bazar'.

Describing it as dangerous, he said that in the days to come it will cause of losses to the poor, farmers and the youth. He said it appears that the grand mother has narrated a tale to crying children and questioned if without the details of income and expenditure it was possible for the common people to read the heavy budget books.

He said that the government plans to earn lakhs and crore by selling its stake in PSUs. In days to come there seems to be no respite for the poor and expressed doubt that privatisation of PSUs will kill jobs. He also alleged the budget presented by Modi government 2.0 attempts to end reservation.

JPCC chief Dr Ajay Kumar described the Union Budget 2019-20 as bogus and said there was nothing new in the budget and it was only a repeat of the previous promises. He said the government was opening foreign investment in the name of "New India" and it was an attempt to make the nation slave.

He said increase in excise rate by one rupee would increase the cost of petrol and diesel and its burden will fall on the common people.

Mr Kumar said that the government was encouraging private sector to help the corporate sector and going further the problems of poverty and unemployment will further aggravate in the country.