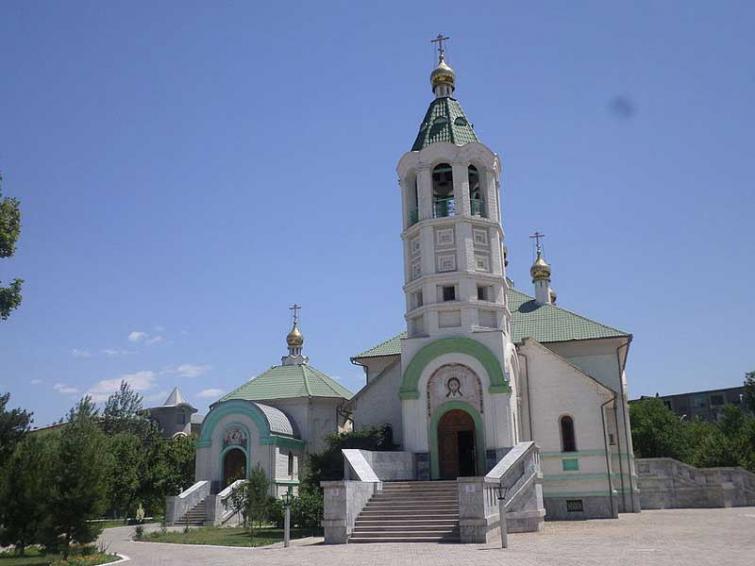 Navoi region in Uzbekistan is now a free economic zone

Tashkent, June 22 (IBNS): According to an order of the President of Uzbekistan, Shavkat Mirziyoyev, the territory of Navoi region has been earmarked as a free economic zone for innovative, hightech, export-oriented and import-substituting industries for the period up to January 1 2030, with the possibility of further extension in due course.

The decree notes that enterprises will be granted the status of a participant of the Navoi free economic zone with a compact location of production facilities in territories with existing or easily created infrastructure.

The termination of investment agreements, the suspension and deprivation of their status of the participant of the FEZ “Navoi” in case of non-fulfillment of the investment obligations undertaken, will be made exclusively on a judicial order, the order said.

The main directions of development of Navoi region as a free economic zone are -- innovation and introduction of advanced experience and the creation of high-tech industries; attraction of direct investments for the creation of modern productions for export-oriented and import-substituting products with high added value; ensuring the integrated and effective use of the production and resource potential of the Navoi region; creation of clusters for the production of chemical products and modern building materials, processing of natural stones and other industries based on local raw materials; creation of new industries in the field of processing of precious stones and metals, as well as the introduction of innovative technologies in the production of jewelry; deepening of localization processes for the production of high-tech products through the development of industrial cooperation between enterprises in the region; development of transport and engineering and communication infrastructure of the region, first of all, regional centers and large settlements, as well as the creation of a large logistics center in the region; training of highly qualified specialists, based on the current and future needs of the regional economy in specialized personnel.

The President has exempted enterprises in the Navoi region, which receive the status of a participant of the free economic zone, from paying land tax, income tax, property tax of legal entities, single tax payment for micro firms and small enterprises; customs payments (except for customs clearance fees) for equipment, raw materials, materials and components, delivered for their own production needs, with the target direction of the released funds for the creation of new ones, as well as modernization, reconstruction, technical and technological re-equipment, expansion of existing industries, construction of industrial buildings, purchase of raw materials and materials needed for own production needs, without the right to refund the negative amount of tax value added arising from the export of products; customs payments (except for customs clearance fees) for construction materials that are not produced in the country and are imported as part of project implementation, according to the lists formed in the prescribed manner.

In case of sale or gratuitous transfer of equipment, raw materials, materials and components imported with the use of customs privileges specified in this paragraph, within three years from the date of their importation, customs payments will be levied in full in the manner prescribed by law.

The economic entities that receive the status of the participant of the Navoi FEZ wil be allowed to use the terms and conditions that are convenient for them, forms of payment and payments for exported and imported goods.

For founders of enterprises with foreign investments - participants of the Navoi FEZ and members of their families, an “investment visa” has been introduced.

The visa will be valid a period of up to three years with the possibility of its extension without leaving Uzbekistan.