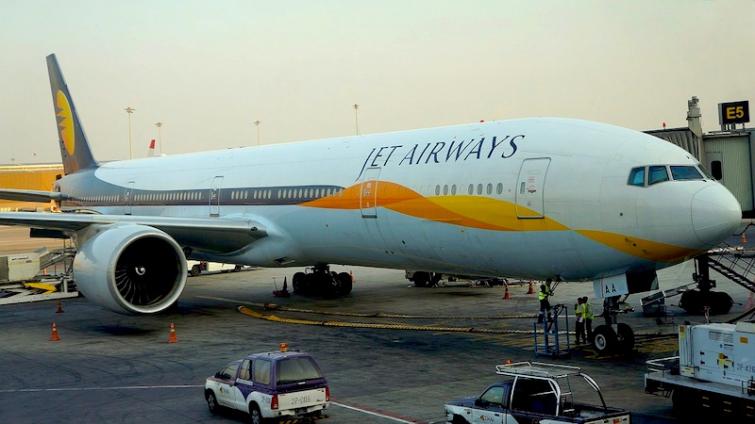 New Delhi, May 10 (UNI): Saddled airline Jet Airways has got a potential buyer in Etihad Airways after the bidding process to sell the carrier ended on Friday.

However, Etihad - which owns 24 per cent stake in the airline - was the only buyer who has shown interest in the cash-strapped airline.

Now the sealed bids would be submitted to SBI-led consortium for further examination, a spokesperson for SBI Caps, which is looking after the bidding process, said here.

“As part of the process, sealed bids were to be submitted by May 10 by the qualified bidders. Sealed bid from Etihad Airways PJSC has been received and the same will be submitted to lenders for examination.

“Few unsolicited offers have also been received which the lenders may deliberate upon subsequently,” the spokesperson added.

On April 8, 2019, the SBI Capital Markets Limited has initiated the bid process to sell 75 per cent stake in the airline.

The Jet Airways has “temporarily” suspended all its operations due to lack of funds after the SBI-led consortium had shown its inability to release immediate money to keep the carrier in the air.

Etihad was among four investors that submitted initial bids for the airline last month. The others were private equity firms TPG Capital and Indigo Partners and Indian wealth fund National Investment and Infrastructure Fund (NIIF).